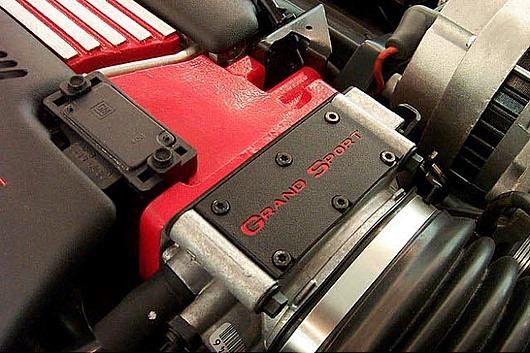 What’s so great about an engine that you’d devote an entire webpage to it? A lot, in fact. But to appreciate it, nay even to understand it, you have to experience it for yourself. I can’t do that for you here, but I can give you a reason to want to experience it.

I drove my first 1996 LT4 in 1996. Loved it, but I didn’t fit so well in the car due to a CD changer (devices of a bygone era to hold lots of music discs, invented before the iPod – see also cassette, LP record, 8-track) which was mounted behind the driver’s seat.

At the time, I owned a 1994 LT1 car, and just loved that engine. One simply couldn’t say enough good things about the LT1 back then. It was introduced in 1992 and produced 275hp in the Z28/Trans Am and 300hp in the Corvette. Mustang owners hated it because it made their 5.0’s, with only 205hp, look like a sluggish V6. The LT1 was attached to an automatic transmission in my car – a very good one called the 4L60-E – which always picked the right gear, shifted smoothly all the way to its 150mph top speed, made up for its frictional losses with torque multiplication, and was silent. 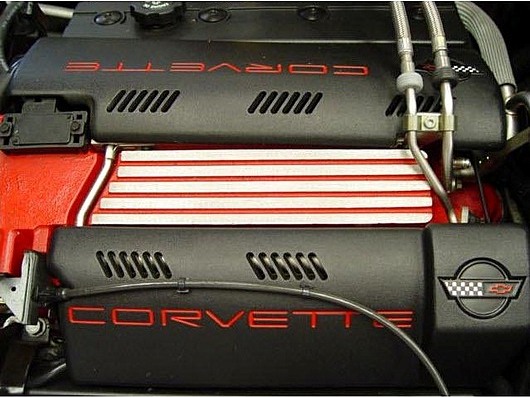 The manual transmission that was mated to the LT4 – you could only have it that way – was a rather noisy one. Made by the German company ZF (which stands for something in German I can neither recall nor pronounce), the S6-40 was first fitted to a Corvette in 1989 to replace the Doug Nash T-10 4-speed with electronic overdrive (“4+3”) transmission of 1984-1988. You can’t talk about the LT4 without talking about the ZF, since they were always together. The ZF had straight-cut teeth in the first three gears for strength, but it made a whiny noise that helical-cut gears (which its latter three gears are) didn’t. I was at first rather off-put by that noisy transmission, but one day in 2001 while I was watching this video of an LT4 Corvette racing up a mountain, I heard that distinct whining of the ZF’s synchros and thought completely differently of it from then on. I don’t know why, but it just sounds cool in the same way a supercharger’s whine sounds cool, or a turbocharger’s blowoff-valve relieving excess pressure sounds cool.

But beyond that, this is an incredibly strong transmission. The hardening process the gears undergo during manufacturing involves both heat treating and cryogenic treating – they are made of a metal called martensite which is produced by freezing a high-carbon steel called austenite to near absolute 0, and then cycling three times between 70 and 300 degrees Fahrenheit for final quenching.

In the book “Heart of the Beast”, the story of the creation of the ZR-1 Corvette, Dave McLellan recounts the initial press release of the car to the automotive press in Europe in 1989 (p.105). Jim Ingles was demonstrating his “grenade exercises”, in which he would step on the brake, floor the gas and dump the clutch, producing a huge smoky burnout. He dared the journalists to try to break the drivetrain, and two particularly determined Germans who had broken the halfshafts on a 959 a few weeks before were certain they could. After two days of their own merciless grenade exercises, with abusive redline clutch-drops and rev limiter-bouncing burnouts (both in first and reverse) from the massive 375hp LT5 DOHC V8 engine, they gave up and declared it unbreakable. But this continued on for another four weeks among the rest of the group, and still not a single one broke. They were all stunned at the achievement, and the Germans were especially complimentary. The original durability tests involved not only 200,000 miles of normal proving ground testing, but also 15,000 miles of redline upshifts and downshifts in forward and reverse gears on a 7.2 degree incline.

The LT4 was only in Corvettes for one year – 1996, and was never available in a C5 Corvette. So for 8 years I had LS1 Corvettes instead. But I felt somehow inexplicably drawn back to that LT4. What was it I liked so much about it? 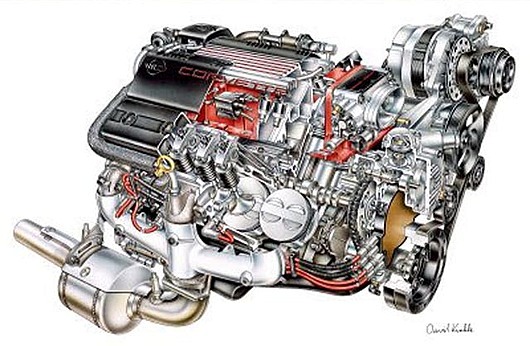 In 2005 I decided to find out, and I bought a 1996 convertible with the LT4 engine. Here were my comments to the Corvette Action Center comparing and contrasting the LT4 with the LS1 after owning it for six months:

I currently own both an LT4 and an LS1. I had a stock LS1 C5 for 6 years until I replaced it with my current, heavily-modified LS1 C5 convertible. The LT4’s torque curve is different. It’s fatter on the bottom, and that makes it feel stronger and more responsive. It also winds 300rpm higher than an LS1, but it doesn’t make quite as much midrange to top-end power as the LS1 does. All those factors combine to make it about a dead heat between the two. 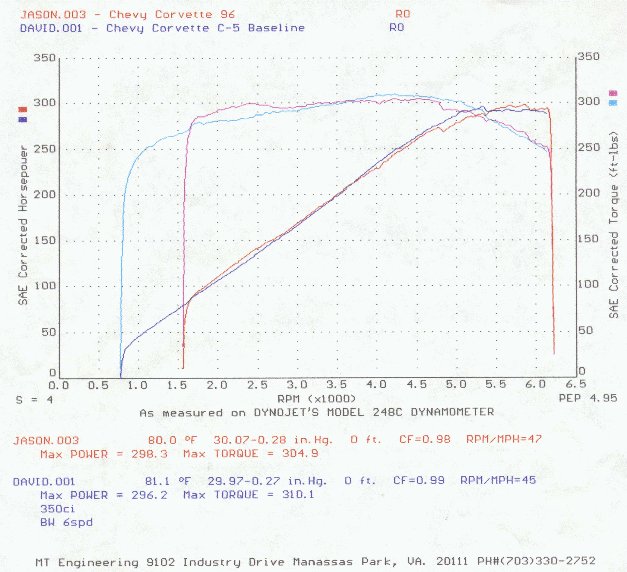 Subjectively, the LS1 is considerably smoother and sounds more refined. But LT4’s were unquestionably underrated. I love ’em both too much to have just one or the other, so I’ve got both. Winding through the gears on the ’96 and hearing that ZF singing its song along with the LT4’s roar is just incomparable. And winding it all the way to redline, it makes this unholy scream past 5500 that raises the hair on the back of your neck, and it feels like you’re going further than you should with it. Awesome! It’s such a shame that only a few thousand people have been given the opportunity to appreciate this magnificent rarity in the Corvette world. Now if there’d been a way to appreciate it in a C5 chassis as a 1st-year carryover, that would be a carryover viewed much differently than the cross-fire ’84 carryover. If not for the low hood in the C5’s design, it would have – they tried to do this in development when the LS1’s oiling problem was being resolved, but it wouldn’t fit.

Shortly after I wrote my comments, the owner of the first LT4 I drove, Jason Van Patten, wrote his own:

I’m the ‘Jason’ that did the dyno run with Dave that day, many years ago. Back then, I harassed Dave to no end, telling him he bought a slug, and made a mistake. But, my mind was changed after spending time in his car. And now I agree with everything Dave’s said. I’ve owned both an LT4 and an LS1. Both engines are superb, but superb in a different way.

The LT4 has that raw, kick-you-in-the-butt torque. Now. Not now, but RIGHT now. The torque curve is very ideal in that it’s flat as a pancake, therefore making the throttle response very predictable. And because of that instant throttle response at any point in the rev range, it makes the engine seem more powerful than the LS1. It isn’t.

The LS1, on the other hand, has a slightly weaker lower end, which makes it feel a little sluggish when compared to the LT4. But, it clearly makes up for this lack of low-end when it hits the mid-range. It is here where the LS1 shines and really shows its stuff. And it makes the engine feel like it’s more powerful than the LT4. It isn’t.

Truth be told, the LT4s were all sold as 330HP engines, and were terribly underrated. They were all putting out a good 340-350 HP at the crank. So are the LS1s. In the end, it’s a tie, with each engine shining in a certain part of the rev range.

I miss my LT4. Dearly. An auto writer once said (I’ll paraphrase here) “Second gear with a Chevy small block is one of the most wonderful gears ever invented. It starts at 0MPH and ends north of legal.” This was made more apparent with the LT4 and the ZF.

However, the LS1 showed its stuff on the road course, where I (and my 99 C5) spent a lot of time. The mid-range grunt kept me far ahead of everyone else on the track. And the valve train whine that’s evident on all LSx engines was an intoxicating sound. But you had to listen for it.

This is a comparison that will never end. It started in 1997, and seems to be as strong and fiercely argued as is was almost 10 years ago. That, my friends, is testament to both engines, and just how wonderful they are. I mean, come on… they’re both small blocks. What more needs to be said?