Wow, what a ride! PGH and I took my new, all-stock Baja Reaction 150 and his modified Joyner 250 to Walker Valley ORV park yesterday and tore the place up. Here’s the story.

After a hearty breakfast at Mitzel’s, we got to the park at around 10am. Once the tires and tanks were full we set off. Working our way up the rocky Lower Mainline trail, our first major obstacle was a massive boulder embedded in the ground about halfway up. It was about 10 feet across and at about a 20 degree angle that took a lot of work to get the big Joyner over it. We built a ramp out of rocks and after a few attempts we finally succeeded. Then I tackled it with the smaller and narrower Baja. Using the lessons learned from the Joyner, the Baja made quick work of it and we continued on to the top.

The total climb is about 1500′ to the top at 2000′, and once there the view over the valley is spectacular. It was clear for a good 20 miles and provided a beautiful view of the McMurray and Cavanaugh lakes. We rehydrated and continued on into the mountains. 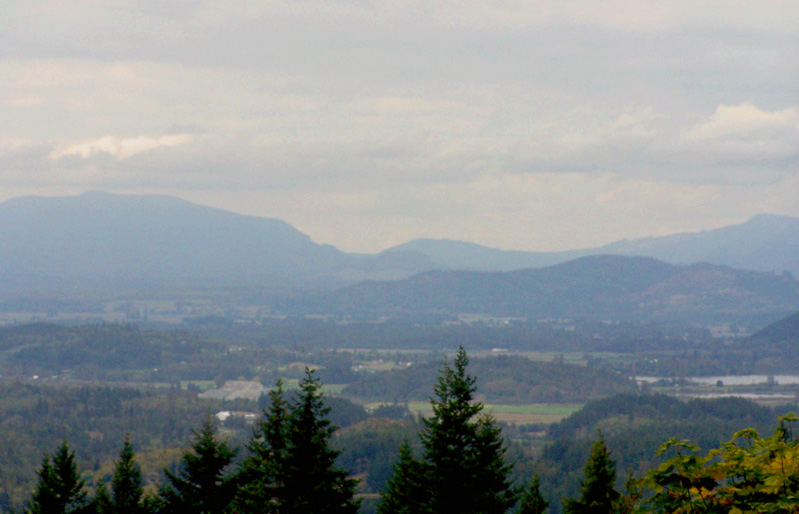 It all smoothed out and we were able to run flat out across the dusty mountain roads. At least, until a dip in one of them caught PGH off-guard. During a downhill run he caught one doing at least 30mph and went airborne. I was behind him, and as I watched him struggle to keep it under control, I slowed down and pulled up alongside to make sure all was well. He pulled off and stopped, then told me his engine had quit. He quickly discovered that the carb had been knocked loose from the impact. I had brought a full set of tools in case something like this happened, but all it took was a small screwdriver to reattach it and we were on our way again.

We raced around on the trails for a while until we realized we were hungry and lost. We did some dead reckoning to find ourselves on the map and which way to go to get back to base camp. I was thoroughly dusted out by this point and took the lead to head back. Unfortunately, I didn’t know the trails well enough and got us more lost. Now fuel was becoming an issue; PGH hadn’t expected I would be so gung-ho and was now running low. We backtracked to a small trail that he thought would get us back to the main road. It was just wide enough to get through, but very shortly stopped at a T with another trail. PGH said to go left. The trail headed down and was a dry creek bed that looked like it narrowed further, but PGH thought it would get us back to the main road.

I reluctantly started to work my way down it, but after only thirty feet or so it was apparent we wouldn’t be able to continue. It was too narrow even for a quad. And it was too late, the big Joyner was now in this gulch with me and getting out wasn’t going to be easy.

PGH tried to turn around off to the left, but misjudged the supportiveness of the downhill brush and sank down the hill. We struggled with the Joyner and got it back up into the gulch sideways, nose-high, but the fuel level in the tank was so low that now it would only idle. Then it stalled completely.

I still had over half a tank of fuel in the Baja, but had no way out past the Joyner. Had our positions been reversed I could have simply backed out and gone for more fuel, assuming I could figure out how to get back. We tried moving the Joyner with the biggest stick we could find, one that was about 20 ft long and about 5″ dia., but it was no match for the big Joyner. We tried yanking on it with the Baja to no avail. After lots of 1-2-3-PUSH and head-scratching, PGH decided it was at a point that we could get it out if it ran, so it was time for a fuel transfer. We pulled the fuel line on the Baja at the filter and drained it into a Dasani water bottle I’d just finished off. We got about half a quart and emptied it into the Joyner’s tank.

It still wouldn’t run. After several attempts it finally would do nothing more than crank. PGH got an idea and blew as hard as he could on the fuel tank’s overflow hose. It suddenly started up and ran. “Air bubble,” he said.

We fought to get it turned around, and after a bit more grunting and heaving we eventually did. PGH struggled to get it out and finally he worked it back up the trail to that fateful left turn. We headed back to where we’d started backtracking and came across some people on quads who were also lost. They’d been running back and forth trying to figure out which way was out, and hadn’t figured it out either. We all put our heads together and studied the map. Then some guys in a Jeep rolled up and were also lost. PGH had his own idea how to get out and where we’d gone wrong, and went by himself back to where we got stuck. I had no phone so I couldn’t call him to ask what he was doing, so I went with the quad and Jeep folks in the other direction to get back to base, figuring we’d both end up there eventually.

I worked my way down some rocky trails on the Lower Mainline, and after a couple miles the terrain started to look familiar. It emptied out onto a smooth road that matched up with what I saw on the map. That led down to the Walker Valley Mainline road, and from there it was a straight shot back to base. I got back to the trailer and PGH wasn’t there yet. I popped open a frosty one and relaxed for about 20 minutes when he finally rolled up.

The Joyner was now sporting a badly bent right front wheel. “Had it up on a steep incline and thought it was sliding down, but the wheel was actually collapsing under all the weight,” he explained.

We popped open a couple more frosty ones and made some lunch while giving thought to how to proceed with that bent wheel. It was bad. The rim was intact, but the center had warped around the studs and the wheel was moving in and out as it rolled down the road. Wonky, but not catastrophic. “Got a hammer?” I asked.

PGH pulled the wheel off and took a closer look. “No hammer, but maybe this block of wood,” he said. An old 4×6 that was about eighteen inches long and weighed about six or seven pounds. It was just right. PGH pounded on it jackhammer-style until it was closer to its original shape. It only went so far, though. He bolted it back on and it still spun wonky, but less wonky than before. He took it out for a spin and said it was good enough to keep going.

And keep going we did, all the way until dusk. The Baja ran flawlessly the entire day, not a single glitch and more than enough power and maneuverability for even the tightest quad-only trails. Sips the fuel too, one tank was more than enough for the whole day. We summited the mountain again as the sun set to finish off the day, then headed back to base camp. 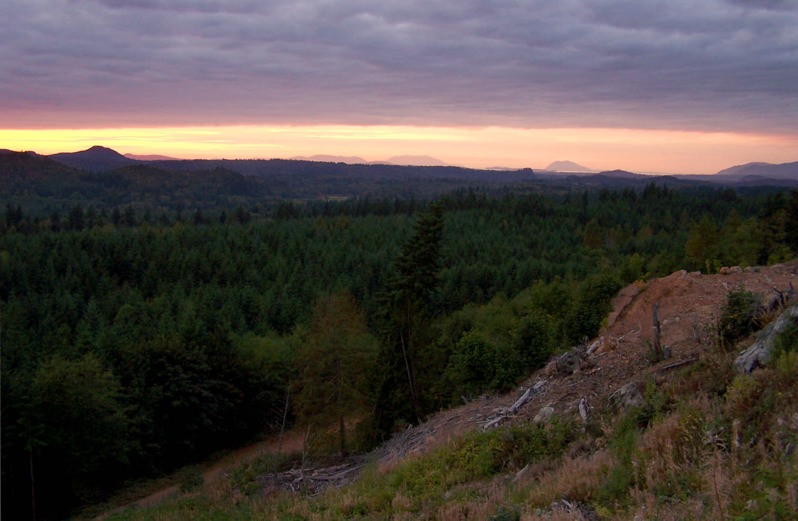 The rest of the place had long since emptied out. It was about 8:30 and the only ones left were a guy with his two sons who were camping overnight. “Those things just look like FUN,” he commented. “More fun than a quad, but safer and a lot more comfortable,” PGH said.

We packed up and had a late dinner at a casino along the way home. It was a damn good day and I can’t wait to go again.